I made a big mistake this past week. I mentioned a few times that we could use a bit of rain. One would think that after the summer we have had I would have been able to contain the urge to vocalize such feelings…but apparently not. For my mistake we received two and half inches of rain on Sunday and another half inch Monday, just as a bonus. An inch would have been plenty especially given the fact we are still trying to get our June Hay into the barn. Now if I were to meet myself on the street I wouldn’t guess that I was the superstitious type. I have to say that for most of my life I have been a relatively rational person. Farming has driven me to believe deeply in any number of intangible forces greater than myself, the most hocus pocus of these being the power of suggestion. The farm crew has learned by this point in the season not to strongly praise one crop or even express relief about something going well until that crop is harvested or the task is done. To jump the gun is to invite a visit from Murphy (as in Murphy’s Law: Anything that can go wrong probably will) or at least a loud shoosh from me.

Pig preordering starts this week. These are our own pigs raised here at the farm and processed however you like them at a USDA inspected butcher. This is a great deal for high quality pork for your freezer this winter. Bacon, ham, sausage and ribs all processed and packed as you like. Neighbors and families can split halves or quarters. Whole pigs are $4/lb. hanging weight and halves are $4.25. Talk to us at pick-up for more details.

More Leeks this week…Are you running out of creative things to do with them? Here’s another recipe idea…

· Salt and black pepper to taste

Split the leeks lengthways and wash each layer thoroughly. Slice across into thin strips, including the green part.

Sprinkle over the sugar. After a couple more minutes, mix well. Continue to cook for 15 to 30 minutes, until the leeks have begun to collapse into a sticky mass. Add small amounts of hot water if required to stop sticking. While the leeks are cooking, cook and drain the noodles. When the leeks are done, add the parsley, olive oil, cooked noodles and seasoning to taste. Toss well and serve.

Split the  leeks lengthways and wash each layer thoroughly. Slice across into thin strips, including the green part.

Sprinkle over the sugar. After a couple more minutes, mix well. Continue to cook for 15 to 30 minutes, until the leeks have begun to collapse into a sticky mass. Add small amounts of hot water if required to stop sticking.

While the leeks are cooking, cook and drain the noodles.

When the leeks are done, add the parsley, olive oil, cooked noodles and seasoning to taste. Toss well and serve.

Summer has arrived with a vengeance this week…ah to be a ripening tomato in this weather. The heat has been a bit intense and the farm crew has wilted slightly. Like the crops that have shallow roots from the constant rain of the early season, we are not used to real summer weather. That being said it is nice to have things feel somewhat normal for the season. In between harvesting chores we’ve been spending a lot of time weeding. The weed family that seems to be thriving this year is grass, more specifically crab grass. I have been saying for the past two months that this is the year to have a lawn mowing business as the grass has been growing like never before. The sheep appreciate this growth in the pastures but the vegetables in the fields do not. Grasses are one of the hardest weeds to beat as they have great root systems and the get a hold fast. Most years we don’t have huge problems with the stuff as we can get in early with the tractor or the hoe and kill them young as they are just emerging. This year the constant rainfall caused us to miss many of those cultivating windows and early hoeing and hand weeding just moved the young plants around, allowing them to re-root in the wet conditions. Few things are as competitive with vegetable crops as grass. The plants make quick root systems that out compete almost anything for water and nutrients –think of your lawn. In areas where we have not been able to beat the grass back the vegetable plants are stunted and have poor color –mostly from lack of nutrients that have been washed out of our soils after so many soaking rains.

We hope to harvest a beautiful shallot crop this week. For those of you who are unfamiliar with shallots they are the close cousins of onions but they have a sweetness that likens towards garlic. Smaller than onions they are easy to do almost anything with we use them for salad dressings, soups and right in the pot when making rice. They store well and taste great raw, sautéed, and roasted. After harvesting they will need to cure in the greenhouse for a few weeks so that they will keep and then they’ll be ready to share with you.

Organic Blueberries will be available this week. There is still time to order for Friday’s delivery if you have missed out so far. Please let us know by this evening (Tuesday) at distribution or by email. These are certified organic, raked the day before berries from Stoneset Farm in Brooklin, Maine. The berry crop is plentiful this year and does not seem to be adversely affected by the poor weather at the beginning of the season. We will have a few quarts for sale in addition to the preordered deliveries and if there is enough interest we may do another order for next week. Let us know if you are interested in ordering for next week and we’ll start a list.

Summer it appears has finally arrived to Maine after an extended wet     spring. Some of our crops are fairing well, like the leeks you will be seeing this week, but others are not. The biggest loss to note, and I can hear the collective gasp as I write, is our tomato crop. Over the past 2 weeks late blight, fueled by rain and fog has taken the whole crop, about 850 plants. This breaks my heart. In the 13 years I have been farming I have never seen a year like this, and I hope to never see another. Potatoes have been another victim of the blight, but we hope to be digging them, small as they are, in the next couple weeks. Luckily the harvestable part sits below the ground and is less susceptible to the dreaded fungus. Needless to say, we are forging ahead with hope that the last few months of the season will yield some semblance of normal fall crops and yields.
The one product of this farm that I can praise unequivocally this year is your support. CSA is a relationship and in a normal year your trust in us pays dividends in produce as we meet and exceed our yield expectations. This year we will fall short of our goals and it is your understanding and enthusiasm for what we are bringing in that keeps us focused and looking up. Thanks for your kind words and support, it allows us to do what we love.
Leeks arrive in abundance today and we thought it wise to give you the scoop on them as we hope to be harvesting this planting for a couple weeks and we don’t want them to pile up in your fridge. Leeks are a sweet, tender, member of the onion family. They have a light flavor –unlike an onion, and can be used like a scallion, shallot or garlic to add sweet savory flavor to whatever your eating whether its raw or cooked. One of our favorite ways to have is on the grill. We slice them in half long ways, slather them in olive oil and put them right over a hot fire until the begin to blacken –the heat caramelizes them and turns them into candy. More info on grilling leeks and other vegetables are on our website http://crystalspringcsa.com/archives/category/recipes/leek .
The upic field is doing well this year and beans are the big story this week. There are eight rows of them ready to go right now –so please pick them! Flowers and herbs are also doing well. All the flowers in the field are open for picking right now. Herbs with labels are ready as well. When harvesting herbs please use scissors and try to only cut one third of the plant, leaving a third of the plant to regenerate new leaves for cutting again. Those that like a bit of work with their upic can pull Japanese beetles off the zinnias and put them in the buckets of soapy water next to the beds or pick rocks from the field and put them in the big blue barrel at the gate by the scissors. Many hands…
Milkweed Farm Pastured Eggs now available at distribution. Milkweed Farm is right down Woodside road from us and Michael and Lucretia Woodruff raise pastured animals and eggs. We think their eggs are some of the best we have tasted since we stopped raising them ourselves. They keep their birds on pasture twenty-four seven so they have new grass everyday which makes their yolks bright yellow and maximizes the “good” fatty acids that come from all the beta-carotene in the grass.
Organic Maine Blueberries . We will be taking orders for fresh Maine organic blueberries next week (August 11-15)…order in quart or 5lb. sizes. More info as well as prices and pick-up days coming in next week’s newsletter. 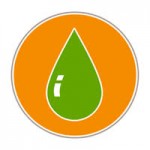